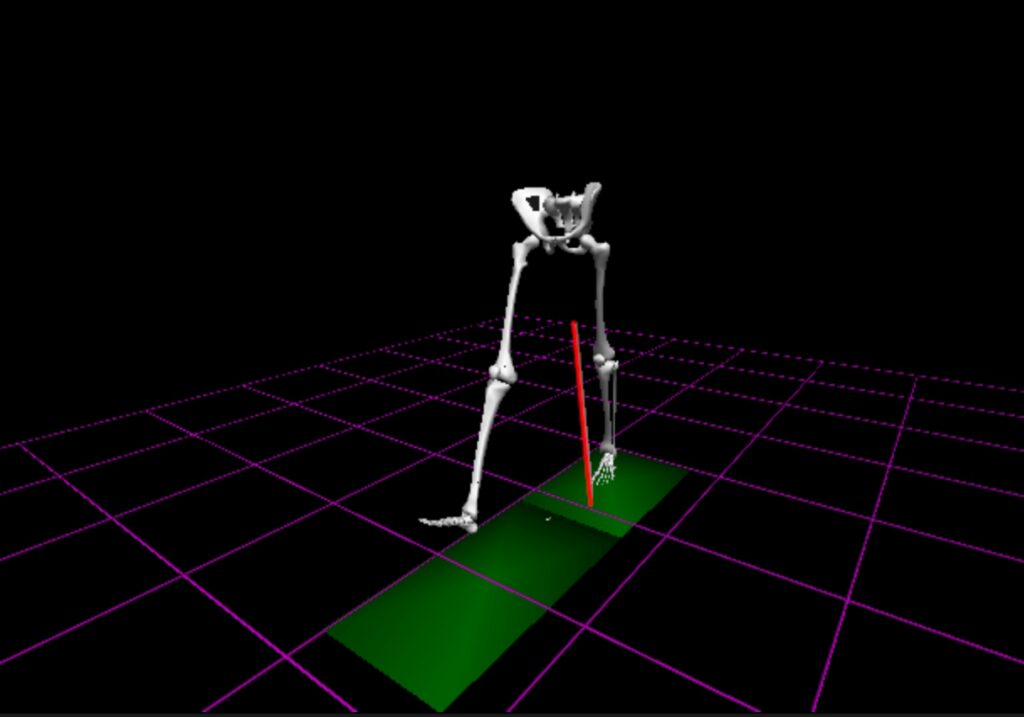 Since the early 1990’s there have been significant advances in hardware to track and measure human motion.  Cameras, electromagnetic trackers, and inertial measurement units to track the position and orientation of the body; EMG sensors to track muscle recruitment; EEG sensors to monitor brainwaves that initiate recruitment; and eye-trackers to identify stimuli that generate movement are all examples of hardware used to study human motion.  Because of these hardware advances and the research of human motion, there has been a huge impact on the academic disciplines of Physical Therapy, Athletic Training, and Performance Enhancement.

And these advances have now made their way into athletics at the professional level.  Many of the professional baseball and basketball teams have former biomechanists and athletic trainers from academia on their staff as they seek to prevent injury and enhance performance.  And the recently formed Baseballbiomechanics.org is one indication of the inroads made thus far.  We see this trend accelerating to the university and collegiate levels.  And private performance enhancement companies such as Driveline and Jenkins Elite are also getting into the act with services targeted at the high school level.  Many of these programs rely on advanced hardware.

One question often asked by coaches and staff is where do I start?  Equipment that fueled research is often considered too expensive and too difficult to use effectively in a coaching or team setting environment.  Our recommendation is usually “force plates.”  Force plates are portable, easily connected to computers, and work well when evaluating large numbers of subjects.  When joined with the right software, force plates will provide information on the power and speed that an athlete can generate.  And as budgets increase, force plates provide the base platform of an integrated system for tracking and measuring human performance.

What is a force plate?

On one level it can be described as a glorified bathroom scale.  It measures weight or more accurately, the force your body exerts onto the surface of the plate.  For use in performance enhancement, most force plates will have 4 sensors that allow the measurement of both the lateral force as well as the vertical force (3D) being applied to the plate.  This 3-dimensional force vector is necessary to accurately measure the reaction forces being applied to the bottom of the feet. There are 1- dimensional force plates on the market which measure only vertical force eg. ForceDeck.  One-dimensional plates typically have a lower price tag because of reduced hardware and engineering costs. However, the tradeoff is that they cannot be expanded to provide kinetic data. As you can see, force plates are much more than a bathroom scale and have a price tag to match!

There are several manufacturers of 3D force plates with the more well-known being Bertec, AMTI, and Kistler.  These are manufactured in ISO facilities with a precision acceptable for research and performance.  Wherever purchased, it is important to understand the specifications for expandability, frequency, noise, and sensitivity before purchase.

Why are people using force plates?

Force plates are being used by many different disciplines and for different reasons.  At the academic research level, force plates are an integral part of understanding the biomechanics of movement and the force and moments experienced at different body joints.  Force plates are also an important tool for understanding balance and the organization of the vestibular system.  At the coaching level force plates are used to quickly evaluate the power and speed of large numbers of candidates.  Jump Analysis products provide a consistent testing protocol that quickly generates reliable and relevant measures of subject ability to generate power. These metrics are applicable to a wide array of sports, including those which may not be obvious, such as running. Dr. Matt Jordan touched on many applications of Jump Mechanics in his recent talk at the 2021 Sports Biometrics Conference. Strength and conditioning coaches can quantitatively monitor progress achieved by each participant over a training cycle or help evaluate the effectiveness of alternative training programs as described on P3’s website.  And increasingly, force plates are being used to aid the return to play decision.  Balance, symmetrical power output, and performance relative to pre-injury levels can be factored into the decision with the aid of force plate data.

Perhaps more important than the Force plate itself is the software that will be used with the plate.  Some software is special purpose in the sense it is used for a particular application.  SwingCatalyst is an example of a force plate being used with software to analyze a golf or baseball swing.  Hawkin Dynamics software is an example used to analyze jump ability.  The MotionMonitor xGen is used for a variety of biomechanics-related applications, including jump assessment, kinematics for general sports movements, golf, and baseball swing analysis, real-time audio and visual feedback for training, and more. Expandability to include other hardware is an important feature.  The ability to synchronously collect motion capture, reference digital video, EMG, or eye-tracking data allows for a more complex analysis of an athlete’s movements.  For example, a recent publication from The Sports Surgery Clinic that included the collection of kinematic data revealed injury risks that were not observable from force plate data alone.  The MotionMonitor xGen’s Jump Pro offers a scalable solution that can be upgraded to include any of its supported hardware and software applications. The short video of a Baseball application below is an example of an upgraded application that includes full-body 3D motion capture in addition to force data.

Opportunities for teams at the collegiate level.

Collegiate athletics offers opportunities that rival professional teams.  Budget sharing with Kinesiology and Sport Science departments might ensure access to research-grade hardware while providing researchers with subjects for study.  The Auburn Tigers are an excellent example of that kind of collaboration.  The 6-minute video below offers a great discussion of such a program.

Meredith – We’d welcome the opportunity to talk with you about your applications & experiences building a player performance program. Feel free to connect on social media (@motionmonitor) or send us an email at support@TheMotionMonitor.com.