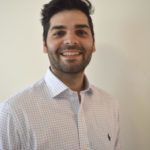 In 2018 Michael joined the Boston Red Sox as their Sport Science Coordinator, now in his second season with the team and implementing the teams first Sport Science Department. Working collaboratively with the Medical, Analytics and Coaching Departments, Michael provides an evidence based approach to the implementation of technology and workload management for both the Major and Minor League teams.

Michael Cianciosi has worked with elite sporting organizations for the past 10 years.Michael completed a Bachelor of Sport and Exercise Science at the Australian Catholic University before undertaking his Honors at University of Technology Sydney in Sport and Exercise Science graduating with First Class Honors. Michael is constantly looking for new ways to improve his evidence based practice and is currently undertaking a Masters in Applied Statistics at Swinburne University.

Michael previously worked as a Sport Science Analyst for the Carlton Football Club in the Australian Football League while also working as the Director of High Performance for the Northern Blues in the Victorian Football League (2011-2014). Michael then joined one of the world leaders in Sports Technology, Catapult Sports (2014-2017) working in a range of different sports across Australia, New Zealand, Asia and the USA. Michael helped customers with the implementation and application of GPS technology while assisting the product and development team with validation projects and product feedback.

Paul is one of the country’s leading experts on cardiovascular programming and metabolic assessments. Currently is the EVP of Sports Performance, KINEXON. Program analysis and design based on live data tracking systems for professional teams. Working with all NBA teams and developing new models for NFL, USTA, and college sports as well as military special forces. He got his start developing performance metrics from game data in European soccer. Paul analyzes real-time training loads for each athlete, develops performance training based on energy systems demands, works with coaches on performance programming based on game data, and oversees the new wearable tech division.

Paul’s other accomplishments include: 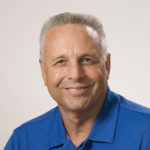 Vern is the founder of the GAIN professional development network. He is also president of Gambetta Sports Training Systems. Vern is recognized internationally as an expert in training and conditioning for sport having worked with world-class athletes and teams in a wide variety of sports. He is a popular speaker and writer on conditioning topics having lectured and conducted clinics in Canada, Japan, Egypt, Australia, and Europe. Vern’s coaching experience spans 49 years at all levels of competition. His background is track & field, having coached at all levels of the sport. In addition, Vern served as the first director of the TAC Coaching Education Program, an innovative program designed to upgrade the standard of track and field coaching in the US.

He has authored over 100 articles and seven books on various aspects of training. He received his BA from Fresno State University and his teaching credential with a coaching minor from the University of California Santa Barbara. Vern obtained his MA in Education with an emphasis in physical education from Stanford University.

Dr. Zaichkowsky is a widely known sport and performance scientist whose specialty is the psychophysiology of human performance. For 37 years he was a professor at Boston University with a joint appointment in the School of Education and School of Medicine, until his retirement. From 2010 to 2012 he was Director of Sport Science for the Vancouver Canucks of the NHL where he introduced a comprehensive sport science program to the club, including the establishment of a “Mindgym”. Currently, Len is a sport science consultant for a number of sport, medical, and business organizations.

Professor Zaichkowsky is a past-president and fellow of the Association for Applied Sport Psychology (1997-99), a member of the Editorial Board of the Journal of Applied Sport Psychology, and currently section editor on psychology for the International Journal of Health & Sport Science. He is on the Scientific Advisory Board for sport technology companies including CogniSens Athletics, Fatigue Science, Racers360, Sports Tech Advisors, and is Co-founder of GameSense Sports.He has authored or edited six books with the most recent being, “The Playmakers Advantage: How to Raise your Mental Game to the Next Level”(Simon & Schuster/Derek Jeter Publishing, 2018). Dr. Zaichkowsky has published over 100 papers on sport and performance psychology, sports medicine, research design, and related topics in scholarly journals or books as well as numerous magazine and newspaper columns. Additionally he has made more than 300 professional presentations world- wide and makes frequent expert commentary on television/radio (e.g. CBC, NBC, ABC, CNN,NESN, TSN, ESPN) , and in the print media such as the New York Times, Boston Globe, Chicago Tribune, LA Times, Washington Post, Wall Street Journal, Edmonton Journal, Vancouver Sun, Globe & Mail, El Pais. 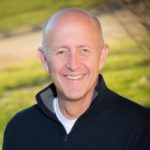 Michael J. Joyner, M.D., is the Caywood Professor of Anesthesiology at the Mayo Clinic where he was named Distinguished Investigator in 2010. His research focuses on exercise physiology, human performance, blood pressure regulation, metabolism, and transfusion practices. He has been interviewed numerous times in popular print and electronic media and written on exercise and health for the New York Times, Sports Illustrated, Outside, and Runner’s World.

Dr. Joyner’s interest in athletics includes developing the original “2-hour” marathon concept in the early 1990s. On a personal level, he has run a 2:25 marathon and finished 15th in his age group for the mile swim at U.S. Masters swimming nationals He is also interested in the limits of scientific reductionism and de-hyping biomedical communications. After receiving his undergraduate and medical degrees from the University of Arizona he obtained residency and fellowship training at the Mayo Clinic. The Joyner lab has been funded by NIH since 1993, and former fellows have established independent research programs at leading institutions throughout the world. Dr. Joyner has held leadership positions at Mayo, in the extramural research community, and with leading journals. He has given a number of major lectureships including the ACSM Wolffe Lecture, and APS Walter B. Cannon Lecture. 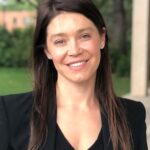 Dr. Lindsay Shaw is a Senior Sport Psychophysiologist at the United States Olympic Committee. She serves as a sport psychologist and psychophysiologist meeting the performance and clinical needs of both winter and summer National Team athletes. She utilizes brain-computer interfaces, brainwave stimulation, sleep assessments, heart rate variability interventions, and other novel approaches in her work with elite athletes.

Dr. David T. Martin has accumulated 35 years of experience working with Olympic and Professional Athletes and is widely recognized as an innovator in high-performance sport. Dr. Martin is also an accomplished applied sport scientist with more than 110 peer-reviewed publications investigating topics such as talent identification, demands of competition, fatigue management, competition analysis, altitude training, and thermoregulation.

Additionally, Dr. Martin has worked with numerous world-class coaches across different sports, including cycling, skiing, and basketball.  At the Australian Institute of Sport, Dr. Martin was a Senior Physiologist, a National Sport Science Coordinator for Cycling, a project leader for Cycling and Skeleton Talent Identification Projects, and a Director of Performance for the AIS Combat Center, an initiative designed to raise international competitiveness in four Australian Olympic combat sports.

While Dr. Martin was the National Sport Science Coordinator for Cycling Australia the Olympic athletes won eight Gold, eight Silver and 12 Bronze medals. Dr. Martin has also worked with Australian World Record holders, World Champions and Australia’s only winner of the Tour de France and presents findings from his research at international scientific meetings.   Dr. Martin recently worked in the NBA where he served as the Director for Performance Research and Development for the Philadelphia 76ers (2015-2019) and is currently an Honorary Professor at the Australia Catholic University as well as the Chief Scientist and Performance Director for Apeiron Life, a Bay Area Performance Health Science start-up company. 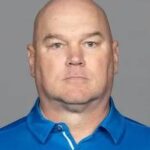 Previously, Mark served as the Director of Player Performance for the NFL’s Detroit Lions. His responsibilities included the coordination and interpretation of performance data within disciplines of strength & conditioning, rehabilitation, nutrition, and coaching. Prior to joining the Detroit Lions, Mark served as the Human Performance Program manager for a Naval Special Warfare unit. While at NSW, Mark’s area of expertise involved the application of performance enhancement methods as it relates to the physical and mental integration for optimal performance.  He was heavily involved in the Selection & Assessment of Navy SEALs and their abilities to perform under stressful conditions. Through physiological monitoring, Stephenson’s program developed recovery strategies that have dramatically helped improve chronic overtraining, chronic pain/fatigue, and sleep.  Strategies such as blood flow restriction techniques, modified sensory deprivation through the use of Alpha chamber and Flotation tanks, Cryostimulation, and biofeedback have proven to be successful interventions for improving recovery. Physiological assessments, such as HRV, DC potential, and tensiomyography have also been successful in profiling elite performers as well as aiding in the manipulation of training loads to sustain high performance over long periods.

Mark regularly presents at both national and international professional conferences on topics related to the state of physical and psychological readiness, recovery, and performance. Mark has successfully led many national sport performance programs such as the National Strength and Conditioning Association, Providence College, Colorado College Men’s Ice Hockey, and US Special Operation Forces units. He has successfully worked, trained, and developed athletes at the high school, NCAA Div. I, professional, and Olympic levels. He continues to consult with various professional sports teams in the NFL, MLB, and NBA.