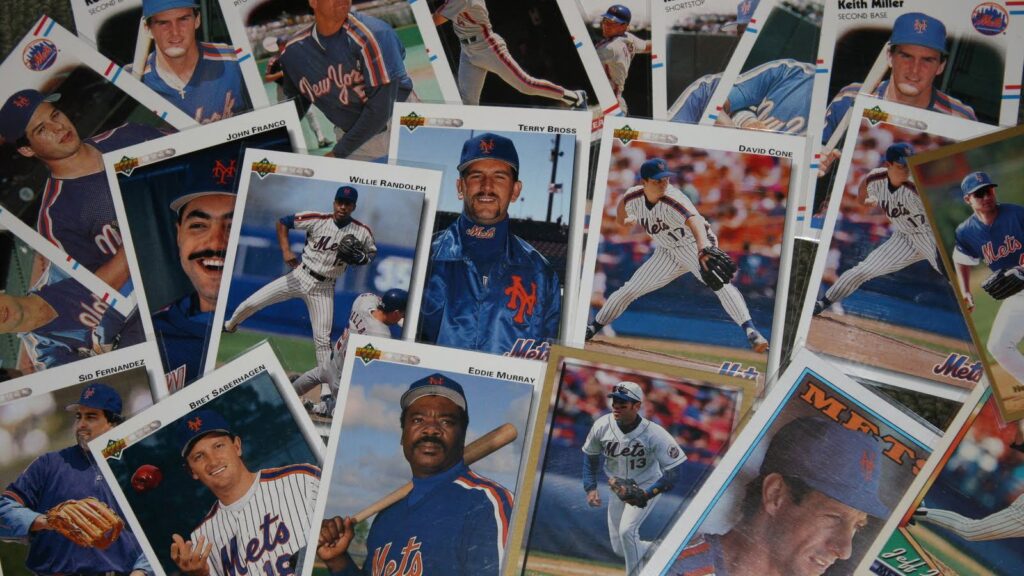 When’s the last time you saw a sports trading card?

For me, it was in 2012. The year I met Michael Jordan at his basketball summer camp in California. Seven hundred kids gathered to learn from the greatest athlete of all time, and we were all allowed to bring one object to have it signed by MJ at the end of the camp. Some kids brought jerseys, other basketballs, and only a few brought original trading cards.

Maybe you have one, or you might know someone who owns one. Perhaps you haven’t seen one your whole life. But did you know that the most expensive trading card was sold for 2.8 million US dollars at an auction in 2007?

¡¿2.8 million dollars?! You and I probably had the same reaction.

Here’s a list of the 20 most expensive trading cards ever sold:

Sports collectible cards, originated in the late 1800s when American and British tobacco companies started producing lithograph sports pictures on cards included in the cigarette pack to promote their brand and also to stiffen cigarette packs.

These cards appealed to smokers and were also collected by children who would stand outside stores asking customers that bought cigarettes if they could have their cards.

Early cards were relatively simple, with no colors, minimal information, and most cards used to have advertisements.

The first cards set in color was released in 1909 by the American Tobacco Company in the T-206 collection. It proved so successful that the company continued issuing new cards through 1911.

The cigarette companies soon faded as major card producers, and the production was picked up by candy and gum companies.

It wasn’t until the end of World War 1 that cards were packaged within candy, gum, caramels, or cookies, thereby marketing products directly to children.

Collectible cards became a relevant aspect of children’s lives during the 20th century, as kids mostly used them for trading, flipping, and sticking between the spokes of their bicycles.

After World War 2, companies started to produce complete packs of cards as products of their own. In 1952, Topps Corporation shifted the landscape of the cards business with its first large set of baseball cards, considered by many to be the first actual set of the modern era.

Card companies realized the power of nostalgia and desirability in card trading. They began creating limited edition decks, low stock supply on memorable sports events, and special edition formats. For example, a 1953 Topps Pee Wee Reese card was scarce and desired because that year’s card was hand-painted, and collectors view the card as a work of art.

What started initially as an advertisement strategy suddenly became an elaborate form of entertainment. Cards began to include a wide range of information, such as statistics, position, teams, home-town, and even hair and eye color.

Football trading cards were as popular in Europe as baseball cards were in the US. The primary producer of cards in Europe was Panini. Numerous companies in the US, especially Donruss, Fleer, and Upper Deck, began competing with Topps for the card audience.

By the 1970s, the older cards started attracting collectors, and in the 1980s, the baseball card industry took off, especially as card companies were releasing rookie cards and special-edition issues.

During that period, the amount of “serious” collectors grew from 4,000 to somewhere around 4 million people by 1989.

By the early 1990s, major-league baseball had already recognized the marketing potential through baseball cards to a wide range of fans and signed licensing agreements with multiple baseball card companies.

Memorabilia collecting became a thing at around the mid-1990s when auctions were organized and sometimes even televised to showcase limited edition merch from different collectors.

Honus Wagner, a shortstop player from the Pittsburg Pirates, is the face of the most expensive card ever sold.

The card is from the T-206 set from the American Tobacco Company (ATC) produced in 1909, and Wagner’s is among the rarest.

There was a sense of drama about this specific card because Wagner supposedly demanded the card to be pulled from the market because he didn’t want young fans to see him promoting tobacco. Approximately, ATC only sold 200 cards in the market.

Many historians believe he forced the company to cancel his card merely because he believed ATC didn’t compensate him enough.

Due to its story, uniqueness, and low supply, the card’s mystique has been growing continuously.

Even though card companies reprinted the card in the late 1900s, the original card’s value keeps growing.

When McNall went bankrupt, Wal-Mart snapped up the card and gave it away in a contest. The winner resold it for $640,000.

In 2000, another original Wagner was sold on eBay for an astonishing $1.2 million.

Finally, a Wagner card was sold in a memorabilia auction in 2007 to Arizona Diamondbacks owner Ken Kendricks for 2.8 million USD, making it the most expensive sports trading card sold.

Maybe it’s time to check if your grandpa secretly stored for eighty years a baseball card from an early collection!