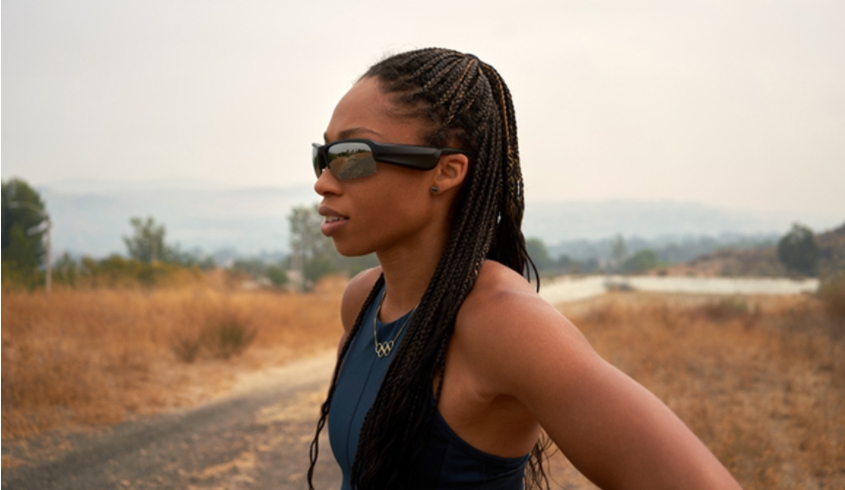 I recently picked up a 931-page book called Lore of Running for—you know—some light bedtime reading. About halfway through the War and Peace-sized work, author Tim Noakes, MD, dives into the interworkings of a runner’s brain, by exploring not only what we think on the run, but how many elite racers learn to empty their minds entirely as the miles unfold before them. The book opened my eyes to just what people mean when they say “running is 90-percent mental”—and I asked neurologist power couple Ayesha Sherzai, MD and Dean Sherzai, MD, Ph.D., to unpack the many ways putting one foot in front of the other benefits the human brain.

Before understanding how running affects you, Dr. Dean Sherzai says you have to take a broader look at how the brain adapts and learns based on the stimuli it’s put through. “There’s an entire universe opening up to when it comes to how we can affect our brain: This three-pound organ has 86-billion neurons. The brain is the most vascular organ. And, on top of that, it’s sealed in a blood-brain barrier. It’s just a remarkable system that we’ve ignored for decades, and even millennia, because we didn’t know much about it. Now we know that it has a tremendous ability to not just grow and heal itself [at a young age], but actually even well into your 80s and beyond.”

“There’s an entire universe opening up to when it comes to how we can affect our brain: This three-pound organ has 86-billion neurons.” —Dean Sherzai, MD

Despite the fact that we’re fundamentally learning and studying the brain and how it works, we do know that exercise can be used as a tool to sharpen the mind. “Ironically the activity that taxes the body the most creates the greatest growth for the brain. That’s exercise,” says Dr. Dean Sherzai. “It seems counterintuitive, but it’s because an act like running isn’t just about working your muscles; it’s about getting blood supplies and greater blood flow to the brain.” Neuroscientists now believe that an increase in blood flow accounts for a myriad of advantages in brain function. Below, Dr. Ayesha and Dean Sherzai break down how your miles affect your memory, connectivity, focus, and more.

How the act of running renovates your brain

“Every time we exercise, we exercise both physically and cognitively,” says Dr. Dean Sherzai. Research suggests that exercise increases the growth factors in the brain—making it easier for the organ to grow and form new neuronal connections. “Those connections are why we see this tremendous growth in certain parts of the brain, especially those parts dedicated to memory called the hippocampi,” explains Dr. Dean Sherzai.

In case you’re like, “Hippo-who? I don’t know her,” the hippocampi are two, seahorse-shaped structures on either side of the brain that light up when you’re exercising. These two regions rule over a number of important human skills like memory and learning, and Dr. Dean Sherzai says that spending your life on the run has been shown to combat some of the damage that these two VIP parts of the brain naturally endure with time. “The parts of the brain that actually start decaying earlier than any other parts as we get older are the focus centers,” says Dr. Dean Sherzai.

Without intervention, the prefrontal cortex, cerebellum, cerebral cortex, basal ganglia, and—yes—the hippocampi would naturally shrink with age. Running interrupts this process. Not just in the hippocampi, but in other zones of the brain as well. “Running —and especially elite running—does two things for focus,” explains Dr. Dean Sherzai. “It enlarges those focus centers and affects those directly. But more importantly, it affects these focus centers in a habitual way. We always say 99 percent of your behavior and even your thoughts are habits laid down in your basal ganglia.” The basal ganglia sounds like it should be a scary spider breed with sharp, venomous teeth, but is actually a section of the brain that rules over your motor control, executive behaviors, motor learning, and emotions. It loves to create habits—and running can help you program them more mindfully.

Beyond the runner’s high: How your miles affect your mood

We know all about the runner’s high:  The burst of awe-filled euphoria that comes when you’re miles-deep into a long run and your brain produces endorphins (aka, happiness hormones). Well, Dr. Ayesha Sherzai says that wonderful “brain orgasm” is just one way in which running kicks off a disco in many regions of your mind. “There have been studies that show that when people run, they start releasing the same kind of chemicals that cause a rush of joy or euphoria. You’ve heard of a runner’s high, and that’s when endorphins are secreted but there are so many other chemicals that are almost like drugs,” explains Dr. Ayesha Sherzai. “There are endocannabinoids and they affect the parts of the brain that release dopamine, so you get an immense amount of pleasure during running.”

While researchers don’t yet know why exercise triggers the endocannabinoid system during exercise (the same system that’s triggered when you take CBD and THC), they speculate that the reaction likely developed out of an evolutionary need. “I think it’s a part of the evolutionary system that we developed so that we could run away from a tiger or another predator early on, but now, when we exercise intensely at that level or at the elite athlete level, we start secreting these endocannabinoids that bring joy, that get rid of pain, and that actually opens up our muscles so we don’t have any muscle or skeletal injuries,” says Dr. Ayesha Sherzai.

On top of that, Dr. Ayesha Sherzai adds that running overrides the human need to multitask. Even if you’re listening to music or catching up on your podcast queue to pass the miles, you’re still repeating one order in your brain again and again: Left foot, right foot, left foot, right foot. “Running forces our brains to focus on one activity and get rid of all of the multitasking habits that we have. There is no such thing as multitasking; there is such a thing as doing multiple things badly,” says Dr. Ayesha Sherzai. “When you’re running, you’re forcing yourself to focus on one thing and that is like a bicep curl for the brain. It’s strengthening those focus areas that we spoke about earlier.” When you hear someone exclaim, “I’m in the zone mid-workout, this is exactly what they’re talking about. “They’re getting into that zone where they don’t have pain, where they’re focusing on the action alone, where they’re feeling high and their body is helping them to move forward over and over again. It’s one of the most enjoyable moments ever,” adds Dr. Ayesha Sherzai.

In Lore of Running, Dr. Noakes links this state of flow to “associative characteristics” via a landmark 1977 study that discerned the difference between how experienced runners and average runners strategized their miles using the mind alone. “[Running with associative characteristics] means that [runners] thoughts were totally absorbed in the race itself,” writes Dr. Noakes. “They concentrated on strategy, on staying loose, and on running as efficiently as possible by closely monitoring subtle psychological cues from their feet, calves, thighs, and respiration.” Dissociative thoughts, on the other hand, led to subjects disconnecting from the activity at hand until the pain of the run can no longer be ignored. Leading Dr. Noakes to conclude that, “[As] athletes mature with years of training and racing experience, they gradually learn how to pace themselves optimally,” he concludes.

“When you’re running, you’re forcing yourself to focus on one thing and that is like a bicep curl for the brain.” —Dr. Ayesha Sherzai

Perhaps the most mind-blowing thing of all at the intersection of running and neuroscience is that the relationship between exercise and brain health is still very much a burgeoning field. A 2016 study published in the journal Nature found 97 uncharted parts of the brain and we only understand an estimated 10 percent of how our brains function. We are, quite literally, just at the starting line. There’s a lot more to learn—and many more miles to cover in the meantime.