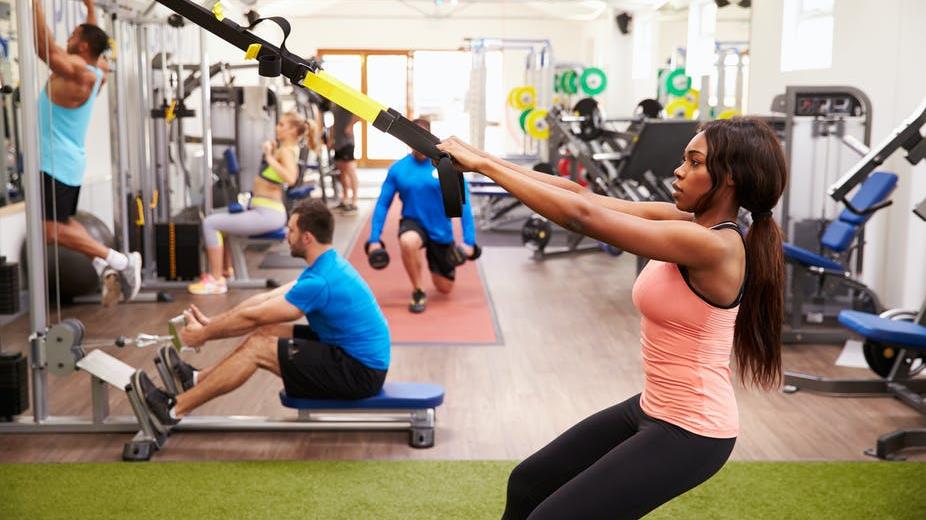 WEIGHT lifting, also known as resistance training, has been practiced for centuries as a way of building muscular strength. Research shows that resistance training, whether done via bodyweight, resistance bands or machines, dumbbells or free weights, not only helps us build strength, but also improves muscle size and can help counteract age-related muscle loss.

More recently it’s become popular among those looking to lose weight. While exercises such as running and cycling are indeed effective for reducing body fat, these activities can simultaneously decrease muscle size, leading to weaker muscles and greater perceived weight loss, as muscle is more dense than fat. But unlike endurance exercises, evidence shows resistance training not only has beneficial effects on reducing body fat, but it also increases muscle size and strength.

When we exercise, our muscles need more energy than they do when resting. This energy comes from our muscles’ ability to break down fat and carbohydrate (stored within the muscle, liver, and fat tissue) with the help of oxygen. So during exercise, we breathe faster and our heart works harder to pump more oxygen, fat, and carbohydrate to our exercising muscles.

What is less obvious, however, is that after we’ve finished exercising, oxygen uptake actually remains elevated in order to restore muscles to their resting state by breaking down stored fat and carbohydrates. This phenomenon is called excess post-exercise oxygen consumption (EPOC) — though more commonly known as the ‘after-burn effect’. It describes how long oxygen uptake remains elevated after exercise in order to help the muscles recover.

The extent and duration of the after-burn effect is determined by the type, length, and intensity of exercise, as well as fitness level and diet. A longer-lasting exercise that uses multiple large muscles, performed to or near fatigue, results in higher and longer-lasting after-burn.

High-intensity interval training (HIIT) and high-intensity resistance training are most effective at elevating both short and long-term after-burn. The reason HIIT-type exercises are thought to be more effective than steady-state endurance exercise is because of the increased fatigue associated with HIIT. This fatigue leads to more oxygen and energy required over a prolonged period to repair damaged muscle and replenish depleted energy stores. As such, resistance exercise is an effective way to lose excess fat due to the high-calorie cost of the actual training session, and the ‘after-burn effect’.

Resistance training can also be effective for long-term weight control, too. This is because muscle size plays a major role in determining the resting metabolic rate (RMR), which is how many calories your body requires to function at rest. Resting metabolic rate accounts for 60-75 percent of total energy expenditure in non-exercising people, and fat is the body’s preferred energy source at rest.

Resistance training exercises should engage the largest muscle groups, use whole body exercises performed standing, and should involve two or more joints. All of these make the body work harder, thereby increasing the amount of muscle and therefore RMR. An effective resistance training program should combine intensity, volume (number of exercises and sets), and progression (increasing both as you get stronger). The intensity should be high enough that you feel challenged during your workout.

The most effective way of doing this is by using the repetition maximum method. For the purpose of fat loss, this should be performing between six and ten repetitions of an exercise with a resistance that results in fatigue, so that you cannot comfortably do another full repetition after the last one. Three to four sets, two or three times a week for each muscle group is recommended.

The repetition maximum method also ensures progression, because the stronger you get, the more you will need to increase resistance or load to cause fatigue by the tenth repetition. Progression can be achieved by increasing the resistance or intensity so that fatigue occurs after performing fewer repetitions, say eight or six.

Resistance training helps with excess fat loss by increasing both after-burn after exercise, and by increasing muscle size, thereby increasing the number of calories we burn at rest. Combining it with a healthy diet will only further increase the loss of excess body fat — and may also provide other positive health benefits.