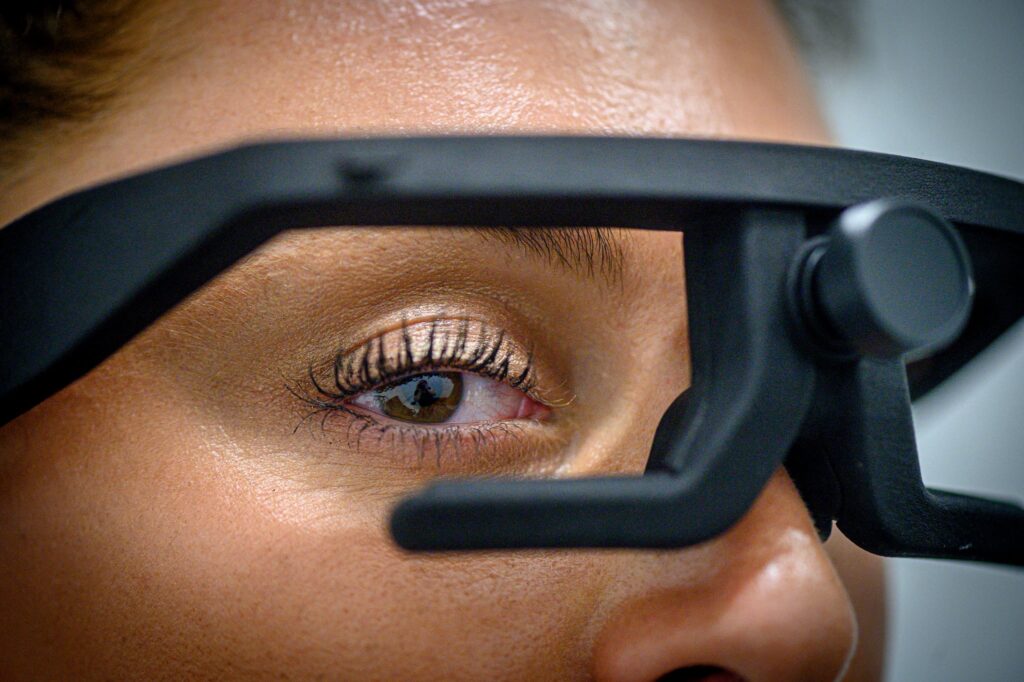 And pills that monitor body temperature. And coolers that customize nutrients in drinks for players. The tech points to an arms race in college football, while also raising privacy questions.

BATON ROUGE, La. — The new training room in the $28 million football operations building at Louisiana State features jetted tubs, antigravity treadmills and sodium-infused water coolers. A room nearby holds another piece of equipment tucked out of sight: a centrifuge.

It is another example of how modern efforts to improve performance in big-time college athletics have moved beyond smoothies and sleep monitors. The centrifuge is used for blood work for injury treatments such as platelet-poor plasma therapy and stem-cell injections.

L.S.U. players also regularly have their sweat analyzed for nutritional deficiencies. They swallow digestible electronic pills that monitor body temperature. This summer, a dozen athletes wore neuroimaging headgear for the first time to get a peek at how their brains function in simulated athletic conditions.

Colleges have long boasted about world-class research laboratories and world-class athletic programs. Lately, the chances are greater that the two will intersect.

The rapid increase in slick gadgetry dedicated to collecting and analyzing biometrics now factors into the recruiting arms race for the top programs in college football. It has also prompted questions about player privacy and, in some cases, criticism over athletic spending — for everything but player compensation.

The University of Oklahoma collects urine samples from athletes for hydration studies, and football players at the University of Memphis sometimes wear sensors as they walk around campus to measure the amount of daily force exerted on their legs.

The University of Nebraska’s Athletic Performance Lab has a system to measure blood flow in the brain. West Virginia has added far-infrared heat therapy pods, float tanks and cryotherapy chambers to its football “recovery suite.”

This suffusion of science onto the playing field is affecting all aspects of training, treatment and even player evaluation — informing coaches how to maximize the efficiency of their athletes or perhaps to decide which of them belong on the bench. Many of these same coaches used to resist having many doctors and scientists around their team. Now, they are embracing the potential of the latest technology in the hands of skilled practitioners.

Orgeron watched keenly last year as his wide receivers and tight ends ran routes wearing goggles that monitored their pupils to detect which eye they favored when catching passes.

That helped Orgeron’s assistants design better routes for the receivers. A similar test for defensive linemen could help them get off the snap quicker, Orgeron said.

Few places have been as willing to experiment as L.S.U., where the football support staff includes two kinesiologists from the university’s Pennington Biomedical Research Center and a full-time sports science research associate. They meet with the athletic trainer, Jack Marucci, three times a week.

Together, they have brainstormed some intriguing approaches to football players’ performance and wellness. There is, for instance, on the practice field, a 40-foot shipping container, chilled to 49 degrees, in which players can instantly cool down during hot summer workouts. Inside are two rows of bleachers for seating.

The locker room inside the newly renovated practice complex reflects the team’s latest response to sleep science. Each of the 120 lockers contains a foldout bed, inspired by the fully reclinable seats in the first-class cabins of some planes. The lockers even have filtered air piped into their storage drawers to reduce the odor of used equipment.

L.S.U.’s reveal of the locker rooms was lambasted from other parts of the campus, with professors and others on social media saying the university’s money should have been spent elsewhere. The school responded by saying all spending for the renovations came from private athletic donations.

Marucci, 55, considers the locker pods a “game changer” for recruiting. But for science and research, he is even giddier about the immersive virtual-reality room, complete with down markers for the team to simulate game situations.

Marucci is far better known for the eponymous wooden bat company he started out of his garage in 2004; today, more hitters in Major League Baseball swing Marucci lumber than any other brand.

When he is not traveling to baseball stadiums, he is typically evaluating one of the 15 new sports science product pitches he receives on average by email every day. Most are deleted. Not all.

When the Tigers find something they like, a result can be a full-blown makeover. Three years ago, after a spate of dehydration episodes, the staff analyzed players’ perspiration with wearable patches. Their conclusion: The athletes needed to be ingesting far more sodium.

So the trainers started dumping sodium tablets into the sideline coolers. The cafeteria chefs were instructed to be generous with the salt. And Marucci traveled to the Coca-Cola headquarters in Georgia to meet with executives about a Powerade machine that could customize drinks with precise amounts of sodium, electrolytes or sugar. Read The Complete Story Here With Additional Images>>