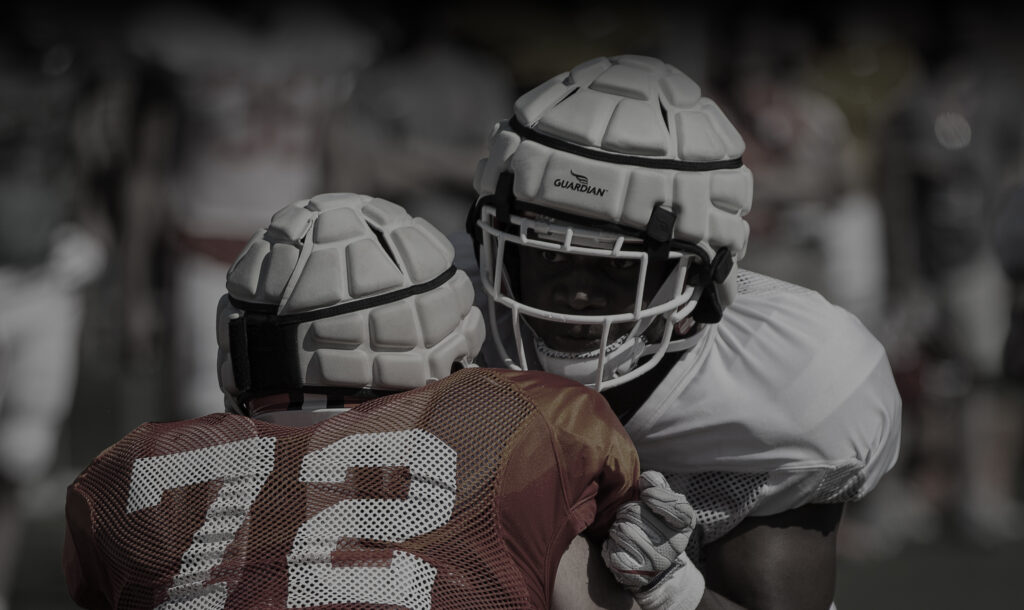 Atlanta, GA – August 11, 2020 – The NFL and NFLPA have decided to permit the Guardian Cap NXT to be used by lineman in NFL practices. The Guardian Cap is a soft-shell cover that retrofits all football helmets. This announcement comes after NFL and NFLPA appointed engineers tested and released findings that showed a benefit to using Guardian Caps.

Engineers simulated impacts sustained by NFL offensive and defensive linemen during games from 2015-2019, and found Guardian Caps to be beneficial. A summary excerpt of their findings from an official Memorandum are as follows:

“We are pleased that the NFL chose to evaluate Guardian Caps with their most up-to-date testing protocols. Their data showing that head impact severity was reduced in all conditions in which a Cap was present validates the feedback we’ve received for the past 10 years from players and coaches using Guardian Caps. We’re hoping that this research will encourage all levels of football to see the benefit that adding a Guardian Cap can have for players,” said Erin Hanson, Owner and Founder of Guardian Innovations.

“We started working with the NFL in 2017 when we won the inaugural NFL HeadHealthTECH Challenge – a competition funded by the NFL to encourage innovations in equipment. This led to continued discussions and testing with NFL engineers that led to the validation that our Guardian Cap, a decoupled add-on, could significantly improve the performance of current helmets.”

About the Guardian Cap: Guardian was founded in 2010 with the mission of better protecting players through advancements in technology. Erin and Lee Hanson utilized their expertise from their material science business, the Hanson Group, to engineer, patent, and manufacture Guardian’s flagship product, the Guardian Cap, which was launched in 2011. After successful biomechanical testing and field testing, the company began marketing and selling in 2012. Fast forward and now 200+ college programs such as Clemson University (heading into their 8th season with Guardian Caps), Penn State, University of Texas, Texas A&M, University of Oklahoma, UVA, University of Washington, etc. have implemented Guardian Caps, along with 1500+ high school and 500+ youth programs all around the nation. For more information please visit: https://www.guardiansports.com/football/caps/