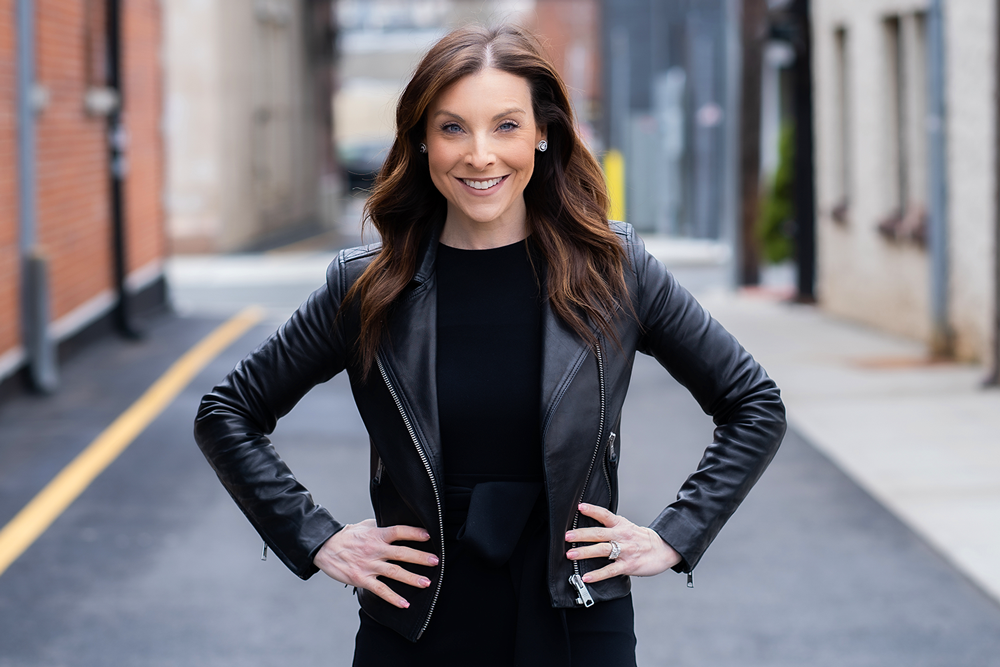 Rachel Jacobson, who spent 21 years at the NBA league office, has been named president of the Drone Racing League, becoming one of just a handful of women in the c-suite of a U.S. sports league (other high-profile women include WNBA commissioner Cathy Engelbert and U.S. Soccer president Cindy Parlow).

Jacobson will lead the DRL’s marketing and business development teams, including spearheading its global partnerships and media rights deals. As the NBA’s SVP of global partnerships, she closed nearly $1 billion in partnership sales and earned the Sports Business Journal’s 40 Under 40 Award. Jacobson, who left the NBA in late 2017, most recently served as the chief business development officer at Landit, a We Work-backed early-stage company with a “career pathing platform” to help women reach success in the workplace.

When social distancing restrictions ease, the New Jersey native will commute into Manhattan to work out of DRL’s headquarters alongside league CEO Nicholas Horbaczewski. We caught up with Jacobson to talk about her plans for the DRL, what she misses most about the NBA, and her advice for aspiring business professionals and women in sports.

Your job at DRL marks your return to sports. Why are you coming back?

I wanted to do something entrepreneurial when I left the NBA. I was fortunate to have worked with Mark Tatum, the NBA’s deputy commissioner. When I left sports, I went to work for his wife, Lisa Tatum (the co-founder and CEO of Landit). I had an incredible run there. When this DRL opportunity came up and I thought about potentially going back to sports, I realized it had to be something that was unique and progressive to really pull me back into this industry.

When I sat down with Nick [DRL CEO], he shared where DRL had come from, the roots of drone racing, the incredible success they’ve had in their first five years and how much support they’ve had from the investor community and media. When he shared the vision of how we scale for the future, I knew everything he needed for this company. It’s the perfect storm of everything I love: sports, technology, innovation and entertainment. For me to come back to an industry I’m so passionate about with the network I have, I’m excited to help them build and scale for the future … DRL is so well positioned to be a sport of the future. We own our ecosystem, we have our own technologists in-house building world-class drones, and we’re able to bring the exhilarating sport of drone racing to millions of fans.

What’s the most valuable thing you learned from your time at the NBA?

Leadership. Transparency. And how important it is to really connect with your colleagues to ensure that there is great chemistry to build high-performing teams. I had always had the good fortune of working with incredible leaders that always led with transparency. Especially now in crisis management, it’s important to be upfront, direct and give everyone a full understanding of what is going on.

What was your favorite thing about the NBA?

The people. The NBA has an incredibly passionate hard-working, ambitious culture. And our players. I love the personality of NBA players. They don’t wear headgear so they’re known on a first-name basis, fans can get up close and personal and know about their lives.

What will you most look forward to with the DRL?

I’m jumping in headfirst. How are we pivoting during this time when so many sports unfortunately are not up and running? We’ve been able to do such incredible things already by bringing a STEM program to children across the country not in school right now that teachers can tap into. We’re hosting online tournaments, re-airing our DRL Allianz World Championship season on Twitter every Wednesday. And we have exciting things launching in the next several weeks. We’re using this time to think about the opportunities we have as a real-life video game in drone racing to bring the excitement back to so many people who are missing sports right now.

In addition, like many other sports and companies, we have put our hands in to help people in need. We’re doing all we can for frontline workers and COVID-19 relief, and we will continue to do that. When I think about the daily schedule and remote meetings with colleagues, I will be making sure they’re healthy and their wellness is being prioritized and that they’re being supported by the DRL organization.

What do you think is the most impactful technology in sports?

One: the personalization of how fans consume sports. Using AI technology and anything that gets fans closer to the sport in terms of statistics and analytics is incredibly powerful when you think about tuning in and watching online.

Two: Drones. Bold, underscored in hot pink. They race, they compete, they have commercial use when you think about other things they can do in terms of package delivery, delivering medical supplies. They do content capture, they go zero to 90 mph in a second, they do it all.

How is the sports landscape changing? How might it be different 10 years from now?

It’s definitely changing given a younger generation of sports fans coming up. When you think about what resonated with myself or my parents’ generation, it looks very different from what my 10-year-old twins are gravitating toward and what they can sit through.

You’re going to see sports evolve with a tech-first focus, similar to DRL. And when I think about the future of sports and the landscape and what that looks like, there’s going to continue to be not just competition among sports but it’s really: how do you win over the hearts and minds of fans to follow your sport? That’s where we’re so focused: humanizing our sport to a multi-generational fan base that can quickly learn about what we’re doing and feel connected to the pilots and the competition.

If you could tell your 18-year-old self one thing, what would it be?

Learn how to play golf. At 18, I was just cutting my teeth in sports. It was a male-dominated industry when I started and there were golf outings. When you think about how important networking is, particularly for women in sports, it would’ve been really great to have that opportunity.

What did you wish you knew when you started your career?

I wish I would’ve had the opportunity to seek criticism more than praise. Early on in my career I was getting promoted each year,  I had incredible mentors supporting me, but I definitely didn’t get enough criticism around probably what I could’ve worked on in some key areas. When I think about being a manager and getting the most out of employees, feedback is such a gift and people don’t prioritize that. I wish I raised my hands more and asked people to give me advice.

What’s a failure that you learned from?

The first time I ever quit something, I would probably put that as a failure. I was on the track team in college and had put so much pressure on myself to be a student-athlete. When I decided to quit the team, I had never quit anything in my life. But I learned that it’s OK to walk away for something and toward something else. It enabled me to work on my social life and studies. Sometimes when you close one door, you open so many bigger and more valuable ones.

Do you have any key mentors who have influenced your career?

Definitely David Stern and Adam Silver—the late NBA commissioner and the current commissioner.  I was so fortunate to have started at a company when both of them were at the helm. They impacted my career early on with the advice they gave me, the support they gave me being a woman in sports, putting me out on the front lines, and making sure I had what I needed to thrive at the NBA while being supported as a working mom.

Another mentor is Michelle Wilson, one of my first bosses at the NBA who went on to incredible success at the USTA and WWE. Michelle over the years has been so instrumental in pushing me along and was so thrilled when she heard about this opportunity with DRL.

Is there a book or article that has particularly inspired you?

I’m inspired by so many things I read and see every day, but there’s an old Ted Talk that I absolutely love and has helped shape my management approach over the years: Dr. Brené Brown’s The Power of Vulnerability. The talk is now a decade old, but its insights on connection, being open and embracing vulnerability is timeless. I’m a big believer in leading with heart and care, while showing up with empathy and emotional support to build meaningful relationships with my teams. More than ever, in and out of the workplace, we all need to be there for another—and part of that journey includes letting ourselves be seen in a deeper way.