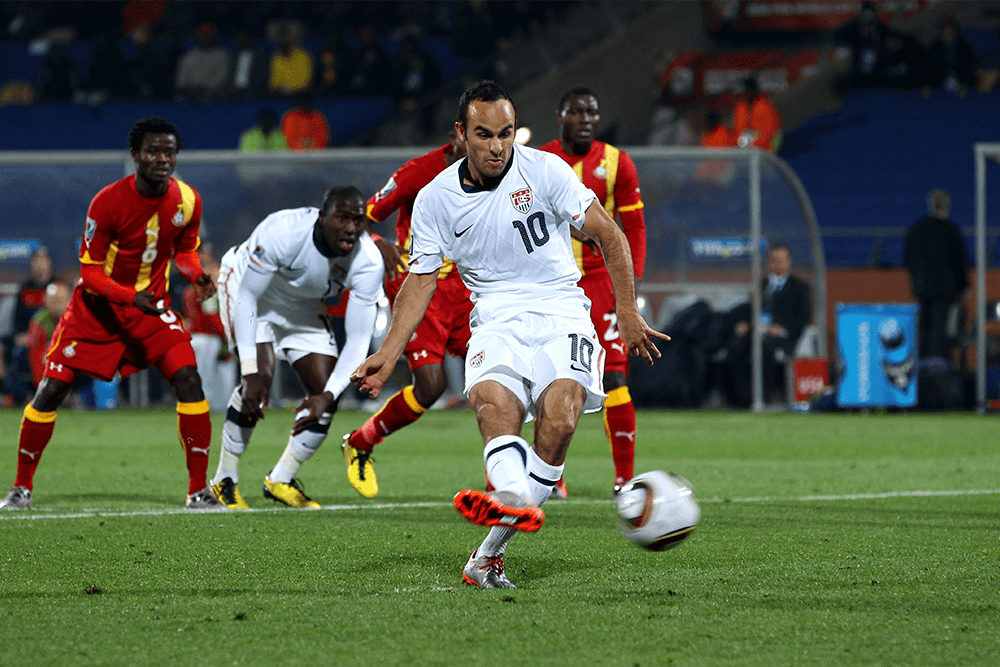 Our Athletes Voice series gives athletes a forum to talk about how technology has impacted their careers and their lives away from sports. This week, USMNT and MLS star Landon Donovan talks about how VAR has improved soccer, and how he is using technology now that he has retired from playing.

Landon Donovan had one of the most successful careers in U.S. soccer history. He is the all-time U.S. Men’s National Team leader in assists (58) and is tied with Clint Dempsey for the most goals (57). He’s the only American men’s player to have broken both the 50 goals and 50 assists marks, is a four-time winner of the U.S. Soccer Athlete of the Year award, and helped Team USA win four CONCACAF Gold Cups.

During his club career, Donovan played 11 years with the Los Angeles Galaxy, but also spent four years with Northern Californian rivals the San Jose Earthquakes and short spells at Bayern Munich and Everton. He is the only player to have won the MLS Cup six times, twice with the Earthquakes and four times with the Galaxy.

Donovan, 37, retired after the 2014 MLS season, but rejoined the Galaxy for the second-half of 2016 after the team suffered a number of player injuries. He came out of retirement again to play a half-dozen games for Club León of Mexico’s Liga MX in 2018, and played for the San Diego Sockers of the Major Arena Soccer League in 2019. Read More >>